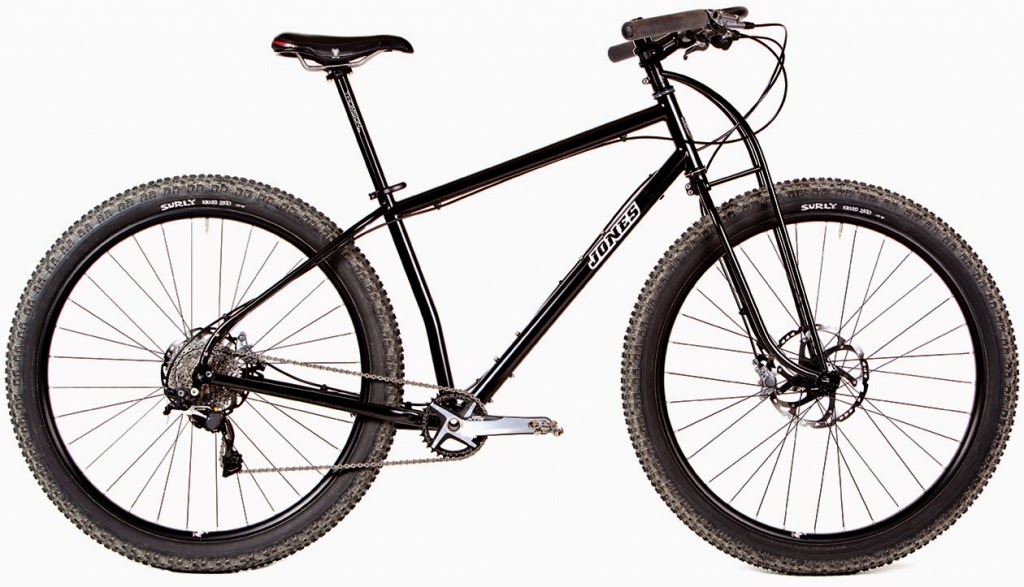 Some of you may have seen Jeff’s blog post about his up and coming new stuff. If you haven’t check it out here – Jeff’s Blog

We’ve just got off the phone with the UK importer and we’re chuffed to say that the Jones Plus framesets and carbon Loop bars are on their way, slowly…  Framesets will be here in the early 2015, this will be a small initial run with a lot of interest so get in early! Hopefully we can persuade Jeff that there is enough demand for a second run sooner rather than later, though they are a small operation with finite resources.

There’s no firm costs yet but expect the frameset to be more than a Diamond frame and Truss fork but less than a Spaceframe. There is no swapability between this and older models, there was some expensive tooling modification to produce the new Truss forks so costs are higher. There are two sizes, most will be fine on the 24″  If you are a big rider ie 6′ 3″ or over consider the 25″. You can make the 25″ fit down to a 24″ size if you really need a huge frame for load carrying adventures.

We’re expecting the new ultralight carbon H-bars sooner, though still no firm date or costs. You’ll know if you want some and they’ll be cheaper than the titanium models too. Details here – Jeff’s Carbon Bars

We’ll keep you updated as we get more info.
Share: