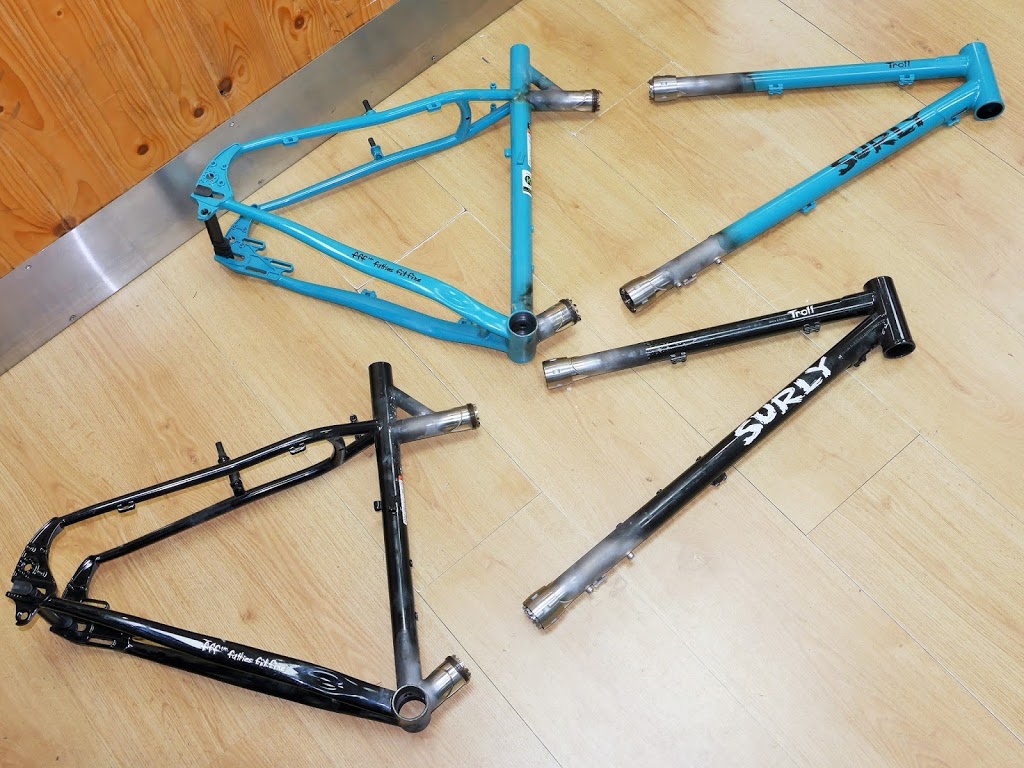 July 5, 2015 Shona and Rich Uncategorized 0 Comment
So a couple of customers have decided to do what we all dream of doing, selling up, grabbing their bikes and heading off round the world with no fixed agenda or timescale. Perfect!
We were asked to build them two bikes that would be capable of taking on the rigors of long term touring, but that would also be fun to ride. They’d previously seen a picture of Rich’s ‘Travellin Trolloff’ and decided that was the sort of thing they wanted.
So- take 2 Surly Troll frame sets.
Cut them apart and have some S&S couplings installed.

Send them off to be powder coated in this case one in ECR green and the other back to it’s original colour  of Steve’s Pants.

Next we built the wheels using a combination of Rohloff and SP dynamo hubs married to the new Velocity Cliffhanger rims. These would give them a good strong touring wheelset with reliable bombproof gears plus the ability to charge things up as they go along.

Next came a wishlist of components including, Chris King headsets, Hope bottom brackets, Renthal chainrings, Jones bars, Brooks saddles and grips, Tubus racks, Schwalbe Mondial tyres, Cinq 5 Plug charger and Ortleib luggage. Some custom decals were made for one of the frames by Gil at the Cycleshed – a very personal and private joke…