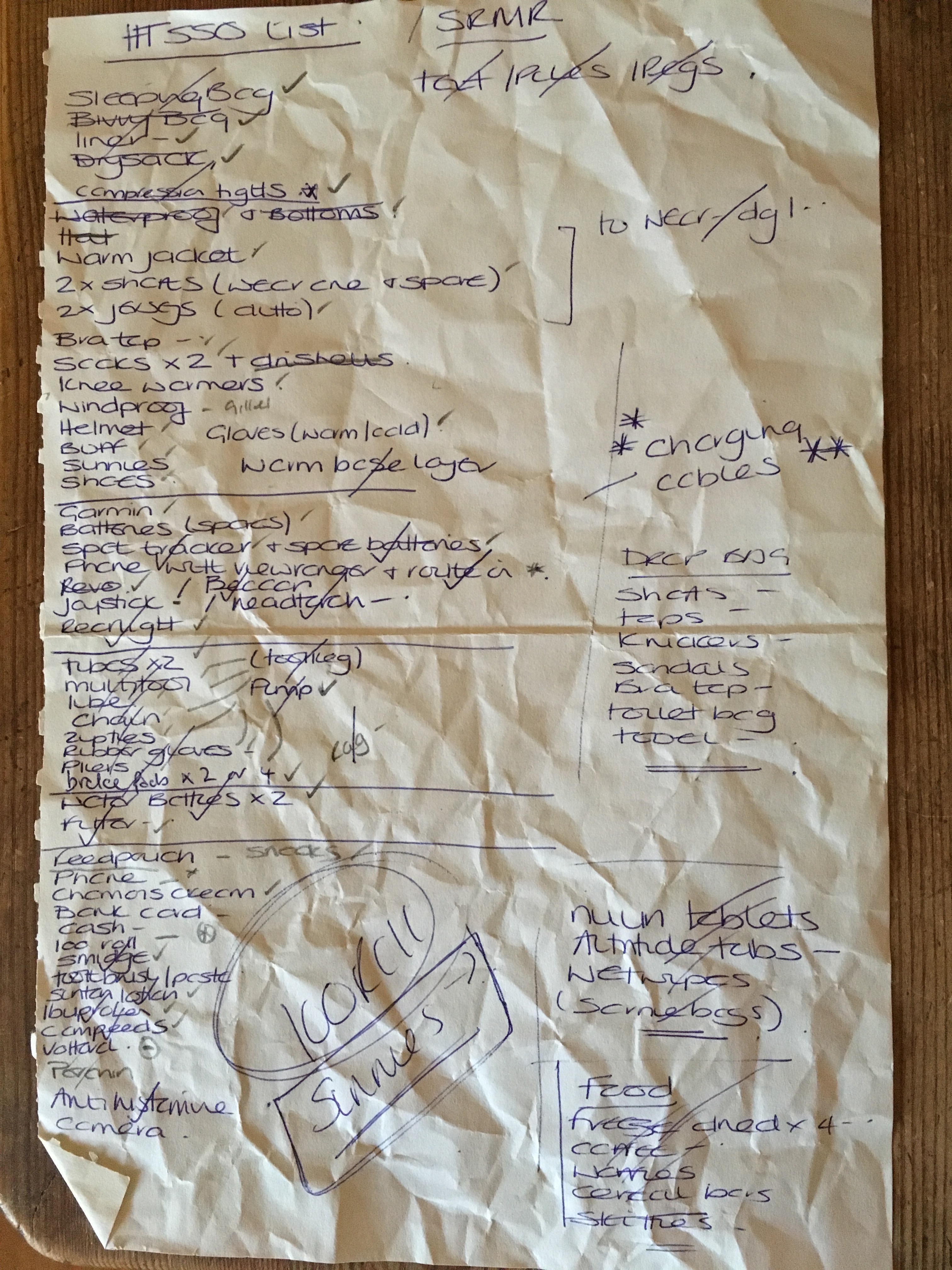 Well, now the puppy’s out of the kennel and soon the full list of who’s in this years race will be published. It’s quite well known in our little pool that we currently hold the mixed pairs record for the Highland Trail 550 on a tandem. Due mostly to the fact that no one else can be arsed to drag a 50lb bike around, up and over the Highlands of Scotland. Lets take this model and ride with it, several thousand miles East to somewhere with some proper mountains. Eek.

Now we’re not saying that the first SRMR was a walk in the park, far from it. We just fancy a different challenge – we’re a bit stubborn and for one reason or another we get the feeling that we might just pull it off. Maybe we won’t but let’s give it a go.

We’ve changed a few things on the bike and some of our go to kit since the Highland Trail. Due to the remoteness of some of the parts of Kyrgyzstan we’re going to have to go in a bit heavier. There might look like there’s a lot of space to stuff things on a tandem but at it’s most basic we’re losing between 14 & 17 litres of storage as we’ll only have one seat pack. After last years experience we want to be a bit warmer sleeping higher up. A fatter roll mat and warmer sacs will take up more room so we’re going to have to get creative.

We get asked regularly for a suggested kit list. We’re usually reluctant sharers as what works for us may very well not work for any of you. However, here it is in all its scrappy glory.

We’ll do a bike check piece at some point and for now we’ll just remind you that it’s just riding a bike, eating and sleeping. Simple.

We arrived at Marrakesh airport on Thursday evening, giving ourselves a day spare incase the...

Dirty Reiver 200 Personalised plates.   We first expressed an interest in a Salsa Powderkeg around...